Porto was chosen as best European destination in 2012, 2014 and 2017 and 3 times is the charm after all. A mix of old and new, young and old, Porto has it all and yet it’s still fairly unknown to many people. I managed to drag along 3 of my friends with me (since 2 are teachers so had no excuse not to come).

Speaking of summer, it’s always the hardest time to find cheap flights and deals but when I saw £65 return from Liverpool, it was not one to be missed. What I will say is if you’re travelling as a group, you all need to be on board with it at the same time. I often travel alone purely because I can’t wait for others to decide. Cheap flights wait for nobody as we found out with these. My friend Ali (who came to Belfast with me last year) was on board straight away so we got them with a little bit of my leftover flight credit for £63.61. My other friends Sophie and Harry ended up paying twice as much as within a couple of days they had doubled in price. Even so, for under £150 for myself, I think that was a decent bargain for the time of year.

Once they were on board, I was itching to get accommodation booked which I generally find is fairly easy for 4 people. An apartment tends to always be the best way so you can do your own thing and come and go as you please. I do check AirBnB, however generally Booking.com do some great apartments too which are cheaper and/or in a better location. We got a great one near the Ribeira district and just off from the Clérigos Tower.

Something you have to keep in like is, much like the Spanish, the Portuguese do not eat until later on and the first night is always hard to find somewhere decent to eat. After some searching, swift drinks (and garlic bread to keep us going) we found an amazing local tapas place Escondidinho do Barredo (which means Hidden) that had a queue before it even opened. A staff of 3 older women in their pinnies; one serving, one cooking and the other collecting plates. 5 dishes, 2 beers and a carafe of wine later for €40 for all of us, Porto is also a destination known for its value for money among European cities.

Likewise, drinks are largely are cheap as chips (or Pastel de nata I suppose). The university district has some great bars, including a hole in the wall which has sangria on draft and a 1920s flapper style bar with alchemist style concoctions and a huge St. Bernard dog called Scarlett.

Naturally, Porto is famous for the port that is produced in the nearby Duoro Valley and kept in the cellars in Porto before being exported. A visit and tasting at the cellars are a must-do for anyone visiting. Prices start at about €13 for a half an hour or so tour and a couple of tastings at the end. These are all located on the other side of the Duoro River in Vila Nova de Gaia.

Whilst also on that side is a great rooftop bar Terrace Lounge 360º that overlooks the river and Ribeira and does great port cocktails.

Another must-have in Porto is Francesinha which is basically a heart attack on a plate. A sandwich filled with cured ham, Portuguese sausage, steak or roast beef then covered with melted cheese and a tomato and beer sauce. Topped off with a fried egg and chips on the side. It sounds kind of gross but it’s delicious, though I wouldn’t have too many too soon in case you want your cholesterol to skyrocket. They are widely available at probably all restaurants but I’d do a search to see where does the best ones. 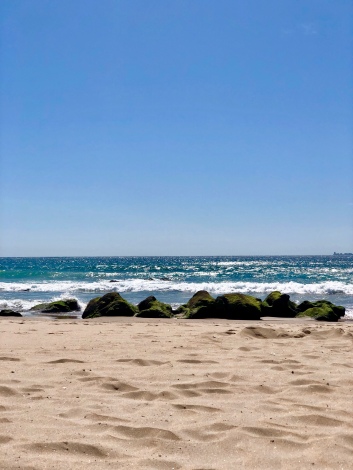 For some relaxation time after all the port and Francesinha, I’d recommend getting the old-style tram down to Foz. You’ll probably have to wait for a little since they are mainly for tourists but much like the trams in Lisbon, have been restored to their original state. Even in August and a moderate 20 something degrees, the wind was cold and especially the sea was freezing but it’s worth getting off the tram and then walking up to Matosinhos which has a vast sandy beach. Plus there was a beach volleyball tournament going on so we were probably on Euro Sport somewhere looking confused at how the scoring works.

If you have time or aren’t too hungover, I’d also say do a river cruise on the Duoro because it’s a great way to see the city from a perspective you can’t get on land. Generally its €15 per person for a 1-hour tour. Although with ours, my card didn’t go through the guy was in autopilot mode so gave us the tickets anyway. You get to see the various bridges that span the Duoro including the famous Luís I Bridge which connects Ribeira to Vila Nova de Gaia. 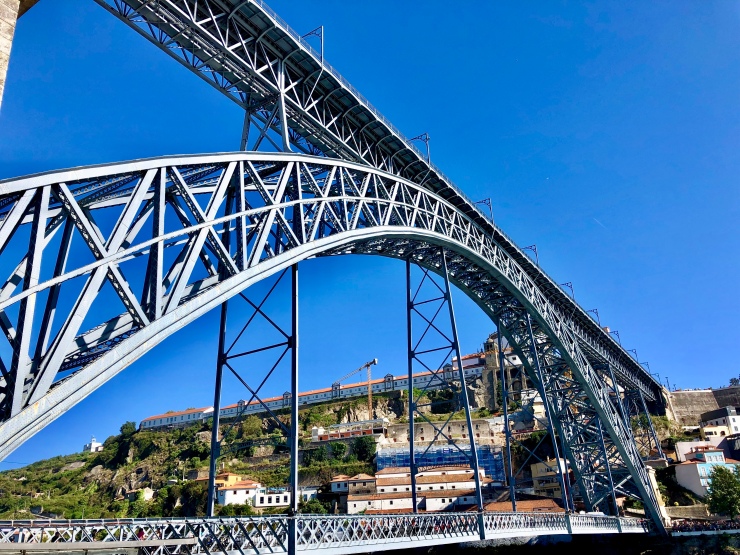 Coming back late into Liverpool it wasn’t worth trying to get back to Manchester (since it was nearly 1am) and I’ve previously been at Liverpool One bus station in the early hours for a Megabus back to Manchester. I decided it would be best if we just stayed in Liverpool overnight before returning home. I’d previously stayed in another EasyHotel (yes the ‘Easy’ of EasyJet) and for £11.50 each for a bed and bathroom, you can’t complain. I’d definitely recommend exploring if it’s cheaper to stay overnight if you’re not close to home when returning off holiday and transport options are limited.

Overall I can definitely see why Porto is rated so highly and it’s probably my favourite place I’ve been to in Portugal. Even in the height of summer, it was bustling but not overcrowded. My social battery has been drained now but I think my Porto pals and I are possibly planning something for next year and I’ll recharge in the meantime.